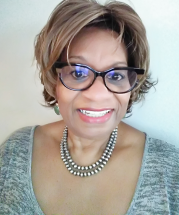 “Help a Parent. Save a Child.”

This is the motivation behind Laura Wynn’s impassioned desire to help at-risk and in-need parents with children birth-to-eighteen build their capacity to parent more effectively and to protect and preserve the wellbeing of their families.

Laura Wynn is a certified parent educator, and the Founder and Chief Executive Officer of IPI, a nonprofit human services and parenting education organization headquartered in Gary, IN that serves thousands of parents and families across Indiana. IPI provides parenting and life skills education and training to strengthen family relationships and transform lives, targeting its efforts both to families struggling with the complexities of raising and educating 21st Century children, and to the professionals who serve them. Laura, with the support of IPI’s Board of Directors and dedicated staff, has strategically positioned IPI as a respected and pivotal resource on urban parenting, school-based parent engagement, community education, and cultural competence for school educators, law enforcement, mental health professionals, and agency leaders in service to urban populations.

Laura has a degree in Organizational Management, and has studied Nonprofit Management at Indiana University Northwest, School of Public and Environmental Affairs. She is the author of several articles on parenting, including Mindful Parenting and Teen Violence: A Call for Effective Parenting, and she will soon be launching her DailyParent Blog online.

A passionate keynote speaker and servant leader, Laura’s depth of knowledge on parenting and raising joyful children, as well as her commitment to it, reflects an inspiring and notable life of grace that has not gone unrecognized. In 2011, Northwest Indiana Business Quarterly Magazine named her a top leader and CEO to watch in the Northwest Indiana Region. In 2013, IBE honored her with the Indiana Governor’s Award for Civic Leadership in Education, and in 2014, Governor Pence appointed her to the Indiana Kid’s First Trust Fund Board, and invited her to present at the State’s first Summit on the Family and the Economy held at the Indiana State Library in Indianapolis.

IPI has been widely acknowledged as a valued community resource from such leaders as Governors Mitch Daniels and Mike Pence, Mayor Karen Freeman-Wilson, and others. In 2013, Indiana First Lady Karen Pence selected IPI to host CASA Columbia Family Day in NW Indiana, a national initiative to remind parents that they have the power to keep their kids substance-free. In October 2014, Indiana First Lady’s Charitable Foundation honored IPI with a contribution of support for its work in strengthening families and advancing the wellbeing of children. And in 2015, Mayor Karen Freeman-Wilson selected IPI to serve on the City of Gary’s Gary4Life Community Project, the Gary Chamber of Commerce presented IPI with its NWI nonprofit business of the year honor, while Laura was honored by the Gary City Court for her leadership contributions and work in establishing the Gary Truancy program.

However, despite all these accolades and accomplishments, truth be told, Laura’s most joyous, and most challenging, honor has been her role and adventure as mother to her daughter Jená.